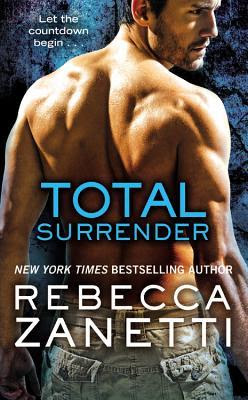 A fight he must win...
Piper Oliver knows she can't trust him. They warned her that the tall, dark, and sexy black-ops soldier Jory Dean would try to win her over with his steel-gray eyes and deadly charm, but she won't be conned by this man they call a traitor. All she has to do is figure out the science necessary to save his life, and she's done. Something isn't adding up, though, and she won't rest until she uncovers the truth-even if it's buried in his deep, dangerous kiss.
A passion she can't resist...
Jory will do anything to reunite with and save his brothers-even kidnap the gorgeous woman who's working to deactivate the deadly chip in their spines. But the forces determined to destroy his family won't let them go so easily. Keeping Piper alive is more than he bargained for-and so is his burning desire for her. But with every second bringing him closer to certain death, can he afford to lose himself in her hot and willing embrace?

Fast paced, nail biting, sexy, 4 and 5/16 Cocktails of page turning adventure.
I will explain the 4 and 5/16 stars further on.
So far I have read two finales out of the three series that Rebecca Zanetti has written.  She does not disappoint. Her writing mixes in action and hot sexy scenes to keep our personal fans turned on high.
In Total Surrender we finally get to see where Jory has been and what has been happening to him all this time. His three brothers, Shane (Forgotten Sins) Matt (Sweet Revenge) and Nate (Blind Faith) never gave up hope that he somehow survived after watching a video of him being shot.
Jory being held captive by the evil Commander is fighting against time to save himself and his brothers from a dangerous chip that has been surgically placed in their spines to activate and kill them all.
While in his cell he meets Piper the beautiful computer hacker hired to do the work of the Commander who wants all the brothers captured and killed.
Piper I loved. She was no nonsense type of gal but being put in a place of who to believe and not believe made her more vulnerable. Trying to get the info she needs to impress the Commander and trying to avoid the feelings for Jory the prisoner whom she believes is a traitor to our country is bringing out in her. Jory telling her that the Commander cannot be trusted and the Commander telling her that Jory is trained to use his “skills” on the opposite sex to get what he wants. Oh what is a girl to do? Go with the hot guy of course.
Jory is probably my favorite of the brothers. The way Rebecca wrote him as a hot bad ass hero who does what he needs to do to save his girl but lets her , well almost lets her make her own choices especially when it comes to her family was very admirable.
So now for the 4 and 5/16 out of five stars rating.
In all the books of the Sins Brothers series there was always one hope that all the brothers had in all their own books. Jory. The search for Jory, the hope that Jory was alive and they could save him. So when Jory escaped and finally made contact with his brothers it was bittersweet. The reunion was very emotional. But I guess I wanted to see what their reaction was when they all the brothers got “the call” from Jory. I wished there was a chapter where we could have read about their feelings seeing that message from their long lost brother. After all this time and searching… Jory is ALIVE!… But that wasn’t in the book. Other than that I loved how the series ended and it looks like there can be more if Rebecca wanted to continue it. Maybe they can meet up with the Dark Protectors and save the world or something…. It could happen
Bagikan :
Tweet
+
Next
This is the current newest page
Previous
Next Post »